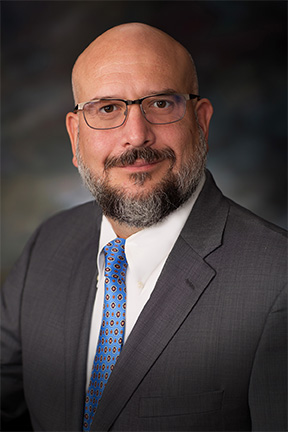 Jason Johns
Shareholder
Mr. Johns has an extensive range of experience in construction law and dispute resolution, successfully handling numerous complex construction matters to very successful conclusions. Jason works with clients on all phases of construction including contract drafting and negotiation, dispute avoidance, project recovery, field project management, and trial.
Jason’s approach to the practice of law can be summed up in one word—result-oriented.  His clients describe his style of practice as practical and efficient.  He seeks to first understand his client’s business model and needs before implementing case-specific approaches to project recovery or dispute resolution.  Jason is deeply committed to his client’s success and seeks to get to know his clients on a personal level.
Prior to joining the firm, Mr. Johns was a partner at Jackson Walker, LLP in Houston, Texas.
Jason served in active duty Air Force from 1992-2000 and achieved the rank of Staff Sergeant.  During this time, Jason worked primarily on F-15 and F-16 fighter aircraft where his responsibilities included aircraft maintenance and non-destructive inspection.
Areas of Focus
Mr. Johns has wide-ranging experience representing lenders, general contractors, developers and owners in construction law disputes including breach of contract, payment disputes, project recovery, delay claims, construction defects, design errors, contract termination or abandonment, change orders, differing site conditions, coverage issues, and prosecuting, invalidating and settling mechanics’ liens.
Mr. Johns represents a number of clients in connection with multifamily construction defect claims and has gained significant experience in this area based on past cases and results.
Mr. Johns has also developed significant experience representing environmental remediation and disaster response companies.
Representative Experience
Recovered $18,000,000 for a remediation contractor as a result of work done following Hurricane Isaac.  This involved a large, complex dispute between his client, an insurance company and a chemical facility.
Represented the owner in a construction dispute over an electrical upgrade to the owner’s facility. The case included claims for delay, over-charging, and change orders.  After a one-day bench trial, judgment was awarded for the owner for the full amount of its claim, plus attorneys’ fees.
Represented a large, multifamily REIT in connection with construction defect claims to the façade, balconies, and roof of a Class A project.  The client recovered over $7,000,000 to cover its damages and attorneys’ fees.
Recovered $2,000,000 in for a remediation contractor based on amounts due to an oil spill in Galveston Bay.
Represented a hotel owner in connection with subcontractor lien claims and general contractor change order claims totaling over $2.5 million.  The general contractor’s claims were dismissed in full, and the client recovered 100% of its attorneys’ fees.
Represented a general contractor in arbitration on its claims against a roofing subcontractor regarding a breach of contract and construction defects related to a City of Houston fire station.  Obtained a judgment for the full amount sought and the arbitrator did not award the subcontractor any money on its counterclaims.
Represented a New York-based private equity real estate firm in connection with claims related to contractor theft and misappropriation of trust funds in the amount of over $4,000,000.  The client recovered all the misappropriated funds as well as 100% of its attorneys’ fees.
Represented owner in a multi-million dollar arbitration in connection with delay, change order, and differing site conditions claims on major industrial project to expand a client’s current facilities.
Represented lender in connection with favorable settlements of more than $1,000,000 in lien claims associated with large residential development.
Represented insurance company in coverage issue dispute relating to contract interpretation issues.  The case was decided on summary judgment in favor of the insurer and upheld by the Fifth Circuit.
Represented tenant in constructive eviction suit involving water intrusion and property damage.  After a three-day bench trial, judgment was awarded for tenant and the landlord was ordered to pay all attorneys’ fees.
Represented landlord in a breach of lease dispute.  After a one-day bench trial, judgment was awarded for the landlord for the full amount of its claim, plus attorneys’ fees.
Represented the owner of a multifamily complex in Houston, Texas in connection with construction defect claims involving the balconies.  The client recovered 100% of the cost to rebuild the balconies as well as its attorneys’ fees.